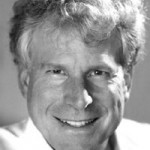 Do you know your own "mate value" in the dating world? Curious about evolutionary psychology? In this interview with Dr. David Buss we discuss a number of interesting and controversial topics, such as the matching hypothesis and date rape. Are there evolutionary roots to the battle of the sexes and can we change our behavior? Find out in this interview.